This morning, the justice department charged more than 30 people for fraudulently helping their kids get into a who’s who of higher education institutions.

According to what’s in the news, there were 2 different strategies that were employed, and in many circumstances individuals within the institution were complicit in the fraud. These strategies include:

Obviously, this could have some serious ramifications to those institutions involved, which could include fines, NCAA penalties, and lawsuits.

How does an admissions department prevent this from happening?

Good question. The challenge is that the attract-to-onboard process spans multiple steps and includes different people at those steps – any of which could be a target for this type of fraud.

Interestingly, the mechanics involved in this scenario are not that different than the mechanics of other types of fraud from which organizations have to protect themselves:

There are two common techniques that organizations can follow to minimize risk for somebody gaming the attract-to-onboard process:

Doing this will make it much more difficult for this type of fraud to happen in the future. And, in the event that bad actors find a way to circumvent these protections, the institution will have air cover by being able to demonstrate exactly what's being done and how seriously it takes the integrity of its admissions process. 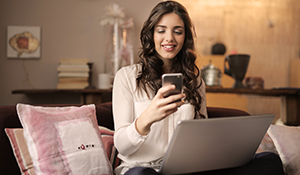 Higher Education Trends In the news 2020

What to expect when your student attends college from home

Higher Ed institutions are implementing study at home programs to cope with the coronavirus. This is a culture change for both parents and students. How do you set...